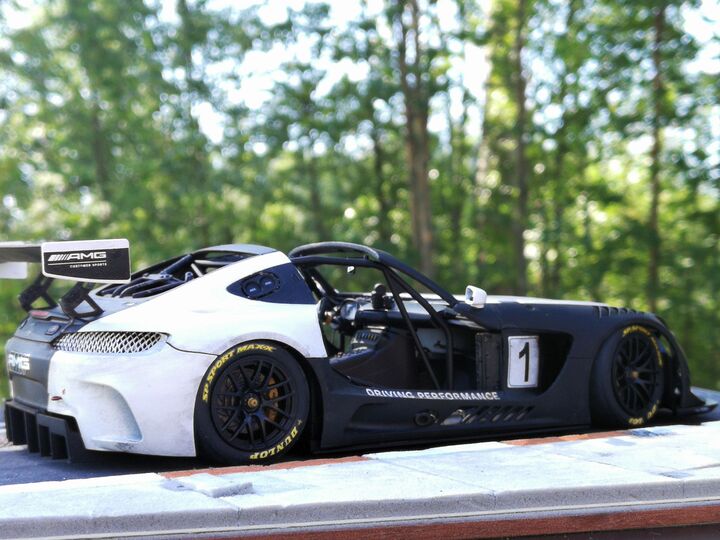 This is my version of the AMG GT3 race car. As always, I like to give all my builds a twist in terms of design and/or configuration. The amg gt3 is no exception.

My theme for this build is, that, the amg gt3 was originally a competition car, which was bought by private owner. He decides to tweak the car to extreme to see how much power he can get out of the engine. Hence all the added gagets almost protruding through the car headlights(which of course, were removed to make room for the added accessories)

The rear lights were also removed and replaced with netting. The windshield was removed to reduced the weight of the car. New gagets were also added all round and in the internal compartments, of the car. The roof was removed as well as the rear glass. In its place extra support for the protective cage at the rear was added. And as you might have notice, I sawed off the doors as well. The look of the AMG GT3 is bad*ss car. Now, it looks brutal. 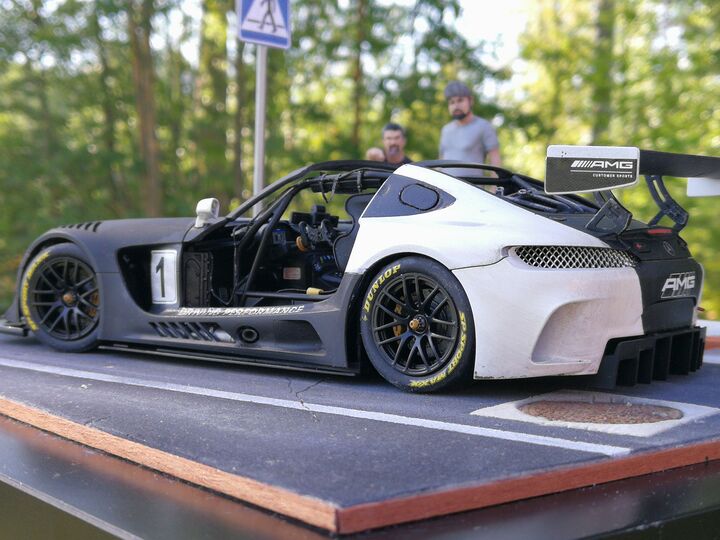 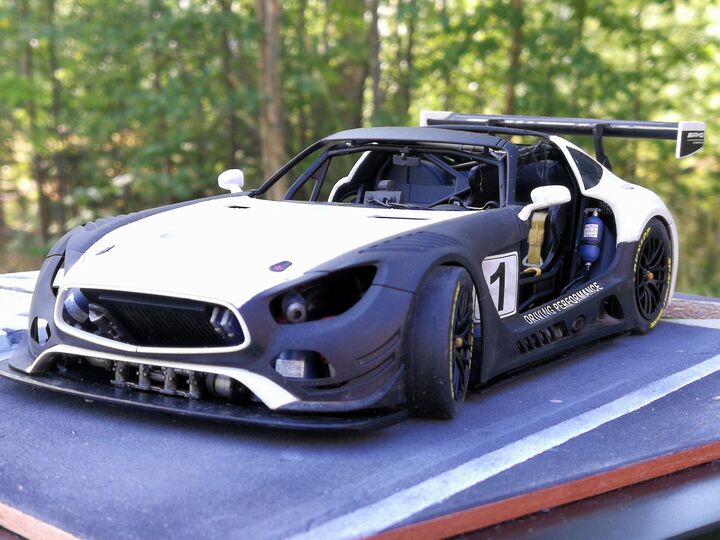 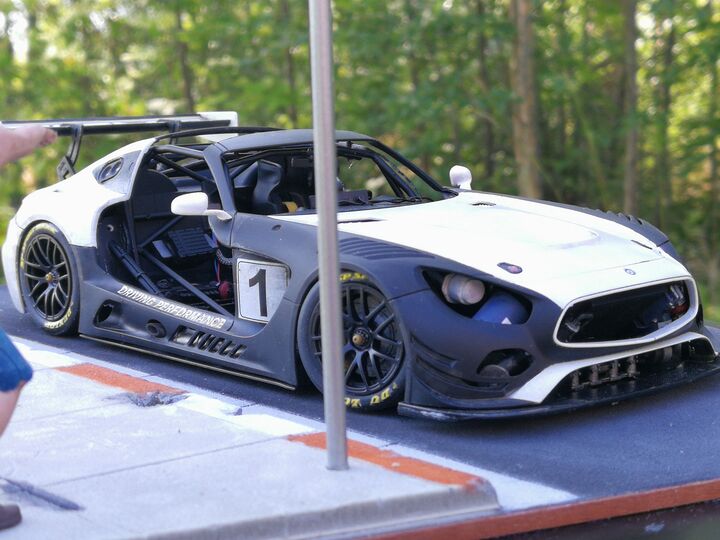 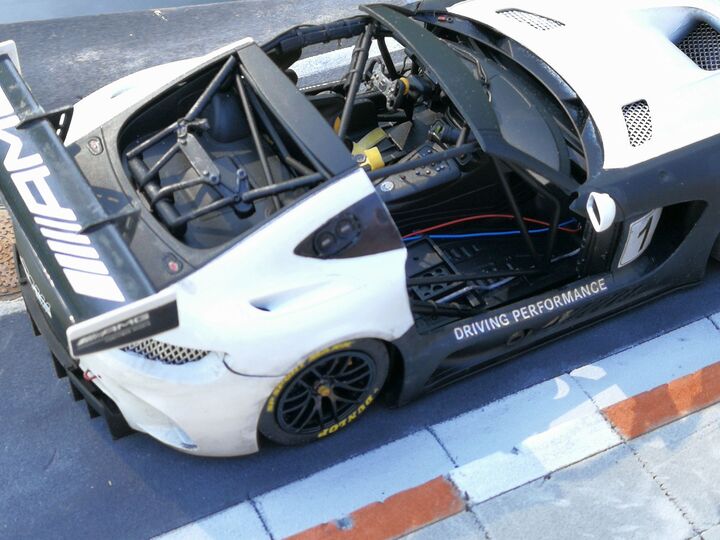